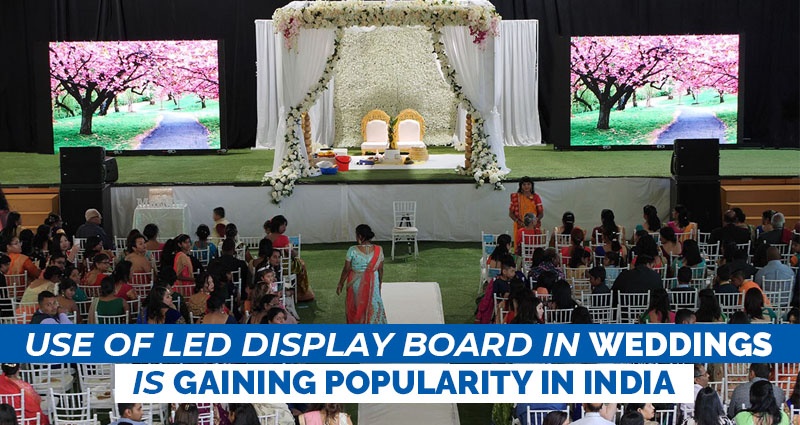 In India wedding ceremonies are an extremely important part of social life and the affluence of individuals become somewhat evident from the way they organize their children’s marriage. This has led to the rise of the wedding ceremonies industry in India, which is worth more than USD 50 billion currently. Wedding venues have sprung up across all urban centres in the country and in most cases these are small scale enterprises that have acquired a high degree of efficiency and professionalism. The use of LED display board is gradually picking up pace in wedding venues across India as it has added a new dimension to these ceremonies.

Live coverage of the wedding

Inside a wedding venue, a number of activities take place simultaneously or in isolation, depending on how these are planned. In recent times, many elements of professional entertainment and amusement have made their way into wedding ceremonies as well. For the hosts, it’s one of the biggest achievements of their lives and memories of such an event is precious for them. As the owner or manager of a wedding venue you need to know the revenue potential of indoor advertising LED display screen in the wedding receptions taking place at your venue.

All eyes will be fixed on the large LED display 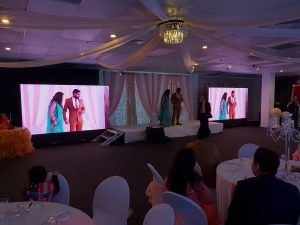 Many of the marriage venues in India are open air enclosures landscaped and decked up with bells and whistles to impress the hosts and their guests. When the proceedings of the event are streamed live on an LED display board during the event, it would be difficult for everyone present to keep their eyes away from the screen for long. After all, everybody goes to a marriage party, dressed in their best and would be keen to see themselves on the large screen, which others are also watching quite intently.

In fact, while closing a deal, the venue owner can use Ösel’s indoor advertising LED display screen to bargain for a better price. For the host it is just a question of spending a little more over and above what he has already spent on a milestone he considers to be among the most important in his life. Ösel is a leading original equipment manufacturer (OEM) of digital signage screens and offers very high value for money.