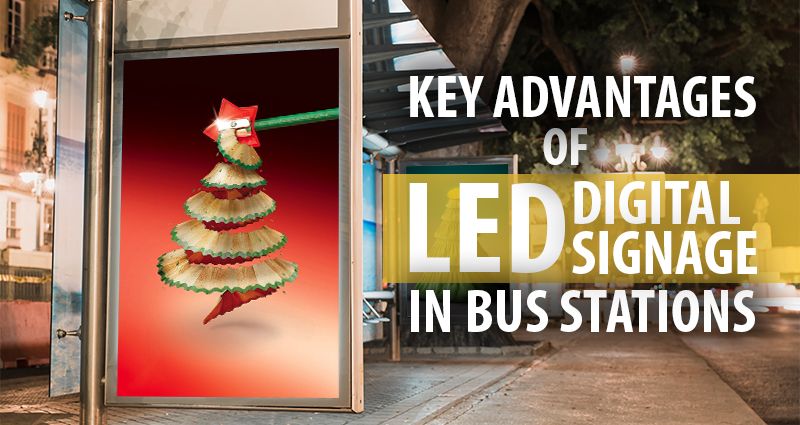 Intra-city bus services are a vital mode of transportation for the teeming millions of people across the urban centres of India. In fact, over 80% of the approximately 35,000 city buses in India, operate in the eight major metropolitan cities of India, Delhi, Mumbai, Kolkata, Chennai, Bengaluru, Hyderabad, Ahmedabad and Pune. The government is committed to increase the number of buses in not just these eight major metros but in thousands of other smaller cities across the country. In the new plans under implementation in several cities, the bus service authorities need to create the infrastructure for LED digital signage as a major source of alternative revenue.

The bus transport segment in India is also undergoing visible changes in better quality vehicles, better waiting spaces and cleaner rest rooms among others. All this requires availability of funds and ticket sales are well short of meeting the financial needs of bus services. However, bus services can increase their revenues by smartly using LED video wall panels in their bus depots and shelters. Such panels allow display of multiple ads, messages and updates and can accommodate display of ads from many more advertisers.

Brands are eager to advertise on digital display boards

Unlike some digital display space owners, bus stations in India must avoid the temptation of overcharging the advertisers. Since LED digital signage allows multiple displays on a single screen, it gives screen owners the necessary scale to reduce display rates and allow more advertisements per screen. This will bring in many more advertisers and much larger revenue for the bus stations that will improve their operational efficiency. Better facilities, cleaner and aesthetically more appealing infrastructure can increase the value of LED displays in bus stations.

Ösel LED video wall panels offer world class picture quality and content management system along with lightweight and durable panels and cabinets. This is backed by excellent servicing support, which is a key factor for success in the utilization of such digital displays. As one of the first Indian companies with an ultra-modern manufacturing facility, Ösel doesn’t face the cost and logistical hassles that importers of such LED displays face. With many installations at iconic locations all over India, Ösel is poised to offer bus transport authorities the best LED display deals that will help improve their revenues.